Using microprocessor programmes the NEPS1000 has in-built leak testing facility, gas dewpoint checking and user programmable features to maximise the full range of functionality that is available with all models of NEPS1000. 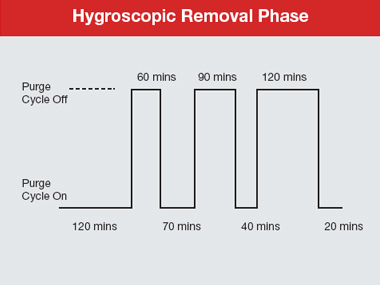 The Dewpointstat function of the NEPS1000 Advantage is able to monitor and control the removal of in-built hygroscopic moisture within a system or equipment.

The operation of the Dewpointstat is fully automatic and only requires the operator to set the control level (dewpoint) required.

The Dewpointstat requires the dewpoint sensor to be installed in direct contact within the internal volume space of the system or equipment to be purged.

The system or equipment to be purged has to be connected to the NEPS1000 Advantage in the standard arrangement for single point purging.

The Dewpointstat will operate in any of the three selectable purging pressures.

The Dewpointstat dewpoint control level required is selected from the menu input function of the NEPS1000 Advantage.

The NEPS1000 Advantage Dewpointstat has an automatic adjustable reset differential. For example if the dewpoint control level is -40ºC when the dewpoint sensor measures this dewpoint during purging the dry nitrogen gas is switched off and isolated.

Depending on the rate of moisture release from the components within the equipment the NEPS1000 Advantage will not restart the purging cycle until the dewpoint has degraded to the set point.

The time taken for the internal dewpoint within the equipment to degrade from -40ºC to -30ºC can be continuously recorded using a data logger. From the volume of the equipment air space being purged the moisture release can be accurately calculated.

The duty cycle between purging the system and “off time” will vary depending on the amount of moisture released from the components within the system. When the time for the dewpoint to degrade from -40ºC to -30ºC is a regular time interval the systems source of moisture is no longer hygroscopic but the moisture being transmitted through the seals, gaskets or non metallic materials used in the system construction. 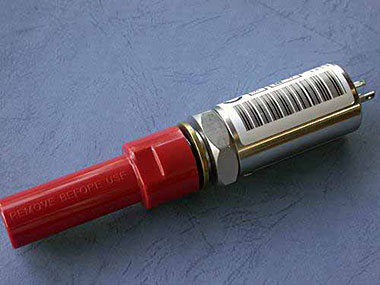 The remote sensor option of the NEPS1000 Advantage allows the dewpoint sensor to be located in the system to be purged or in the case of through purging located at the outlet port or connection to monitor the progress of the purging process.

The remote dewpoint function is operational in all three control modes. These are (off), (once) and dewpointstat control for the dry gas supply.

Effective use of the dewpointstat control function of the NEPS1000 Advantage can only be achieved when the remote sensor is directly mounted into the system enclosure or housing.

Remote sensing can also be used with the pumped NEPS1000 advantage and low voltage versions.

Leak testing is an important procedure for an instrument prior to purging. A low leak rate will considerably extend the environmental protection following effective purging. The NEPS1000 has four leak testing options at different pressures. A data logging facility allows for event recording. 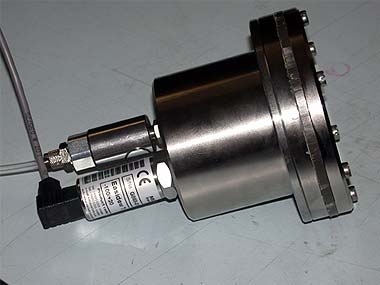 NEPS1000 can be used with test jigs and fixtures to determine the Moisture Vapour Transmission Rate of materials including laminates. O rings and gaskets. This aid the design selection criteria for the best selection of materials to meet a designers and specifiers requirements.